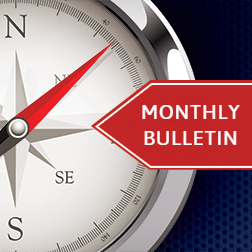 The upward movement of leading stock indices continued in July thanks to the measures to support the economy by governments and central banks. The broad US S&P 500 index rose by 5.51% during the month, reaching its pre-pandemic levels. The technological NASDAQ rose by 6.82% in July and reached new historical highs, driven largely by the largest technology companies (Facebook, Apple, Amazon, Alphabet, Netflix, Microsoft). In European indices, we saw a mixed movement: the German DAX index ended the month almost unchanged from June, while the broad Euro Stoxx and the French CAC 40 decreased. During the month, the price of gold also rose sharply (11% for the month and 30% compared to the beginning of the year) amid the decline in the US dollar against all major currencies.

With a share price of 1,365 BGN, MF Compass Global Trends reported a yield of 4.27% for the month and 8.48% since the beginning of the year. At the height of the reporting season for the second quarter of the year, the positive results of the companies in the selection of the fund's portfolio contributed to the increasing of the value of the fund's units. 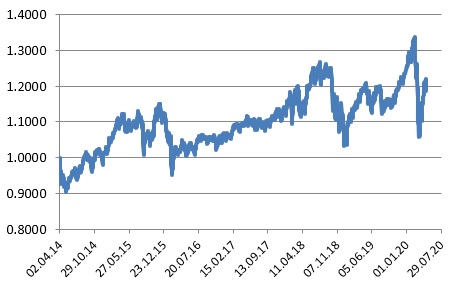 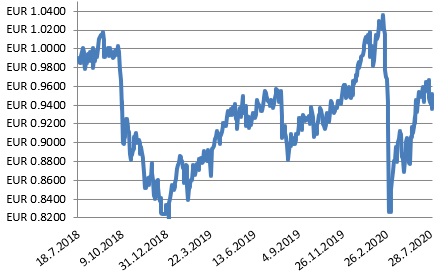 Previous news All news Next news